If there is one thing that most die-hard PC gamers will tell you, its that once you go PC, you rarely go back to console. And these days, with the vast array of options available to PC gamers, the temptation to return back to traditional video game consoles may be dwindling. Some of the hottest games are flourishing on right now on PC, including everything from Multiplayer Online Battle Arena (MOBA) games like League of Legends, to Battle Royal format games like Apex Legends. We will discuss some of the most popular titles and provide you with a roadmap to the best PC games to play moving forward.

If you are into MOBA titles, then you will not have a lack of great options to choose from. The beautiful thing about the MOBA genre is that many of the games have been around for years. Thus, these titles have had time to mature over time. The first and most apparent PC game you should play is League of Legends. Not only has it been around for over a decade, but its arguably the most popular esports title in general. This is a highly competitive game with a ton of entertaining playable characters. Just make sure you have a gaming PC that is optimized for performance because you can be confident that many of your competitors will be playing with elite hardware.

This game is one of the new kids on the block and was arguably one of the most anticipated FPS in recent memory. Apex Legends injects new adrenaline into the Battle Royale game genre with non-stop actions. With new maps, futuristic weapons, and exciting storyline, Apex Legends is a must-play for new and old PC gamers alike.

After its 2013 release, Dota 2 quietly climbed the ranks of hottest PC games to play to this day. Dota 2 is another MOBA title, so you will have tons of things to do in this high action game. There is a ton of strategy involved in this game and will definitely take time to master.

Though many experts thought the Fornite craze would be short-lived, the Battle Royal classic continues to be one of the most popular PC games out. With your ability to customize your character builds, PC gamers stay committed to Fortnite primarily because of the constant updates and premiere tournaments. If you are a passionate PC gamer that has yet to crossover to Fortnite, you are likely falling behind are growing competition pool. 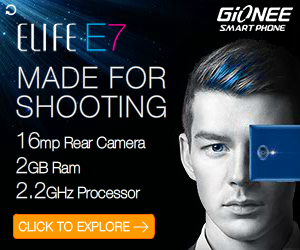